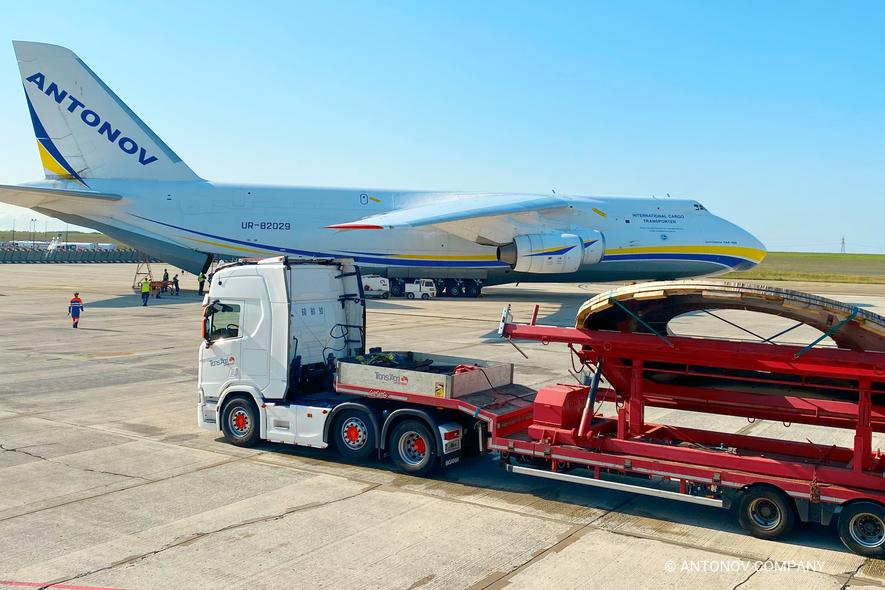 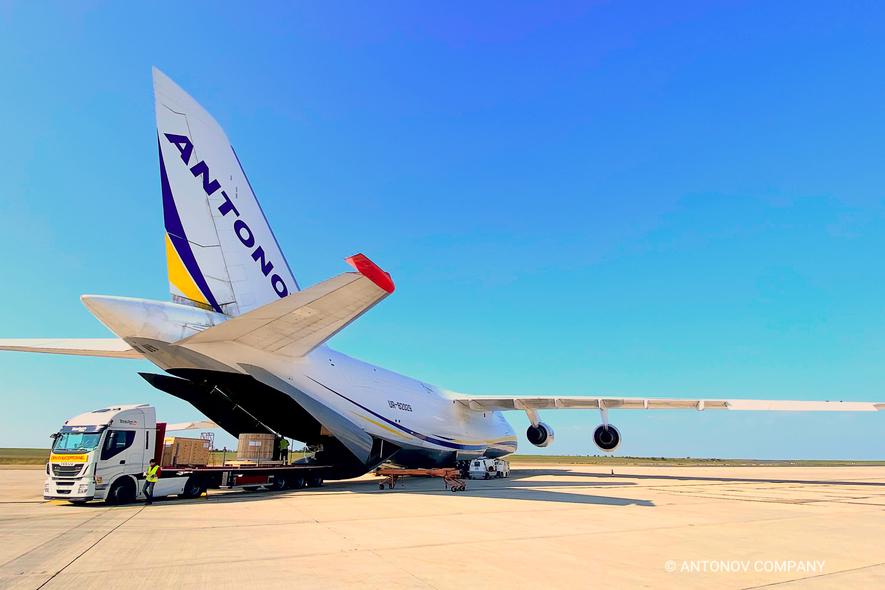 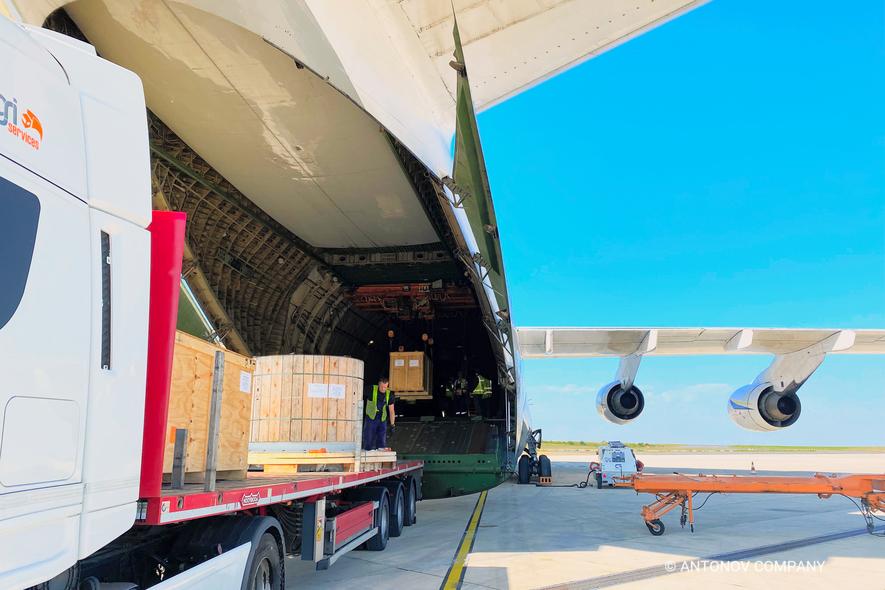 The oversized cargo sections, which included a large semi-autogenous grinding (SAG) mill head, were split into four sections, and transported on AN-124-100 chartered by Dynami Aviation.

“Airfreight was the only way to safely transport this mining equipment and remain within the customer’s timeframe to limit any impacts on mining operations,” said Jérémy Sigaul, Operations Manager, Dynami Aviation.

ANTONOV Airlines’ AN-124-100 was chosen for this project because of its ability to accommodate more than 700 cbm of unusually shaped cargo.

“The four pieces of cargo were loaded and unloaded using the AN-124-100’s onboard cranes and will be used in the creation of new tunnels at a mine near to Comodoro Rivadavia,” said Olha Danylova, Commercial Executive, ANTONOV airlines.

“We thank our esteemed partner Dynami Aviation for its professionalism and dedicated team which always contribute to a successful transportation.”

The cargo’s journey took two days via Sal, Cabo Verde, where there was a crew rest and refuelling stop, and a second technical stop at Viracopos, Brazil.

The Ukrainian cargo airfreight specialist has seen an increase in charters for mining projects in 2021,