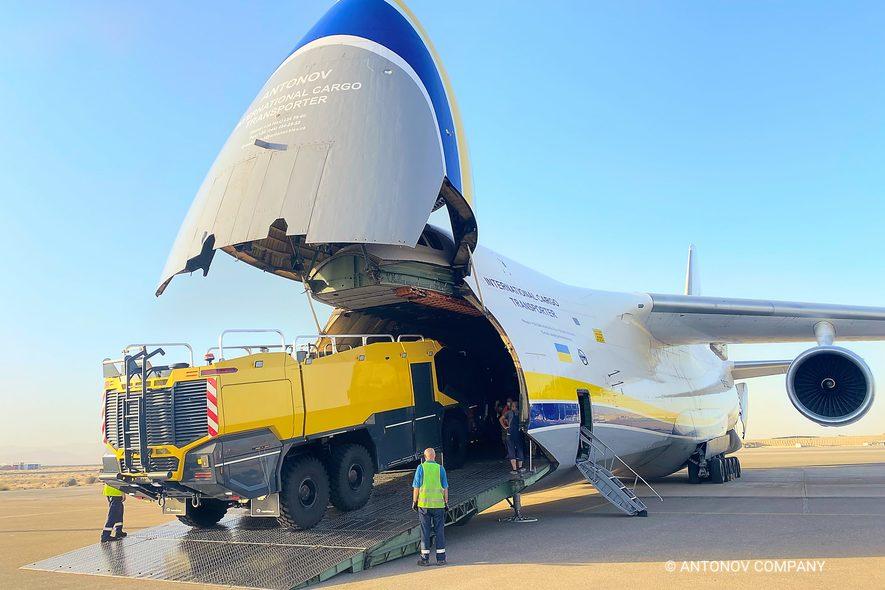 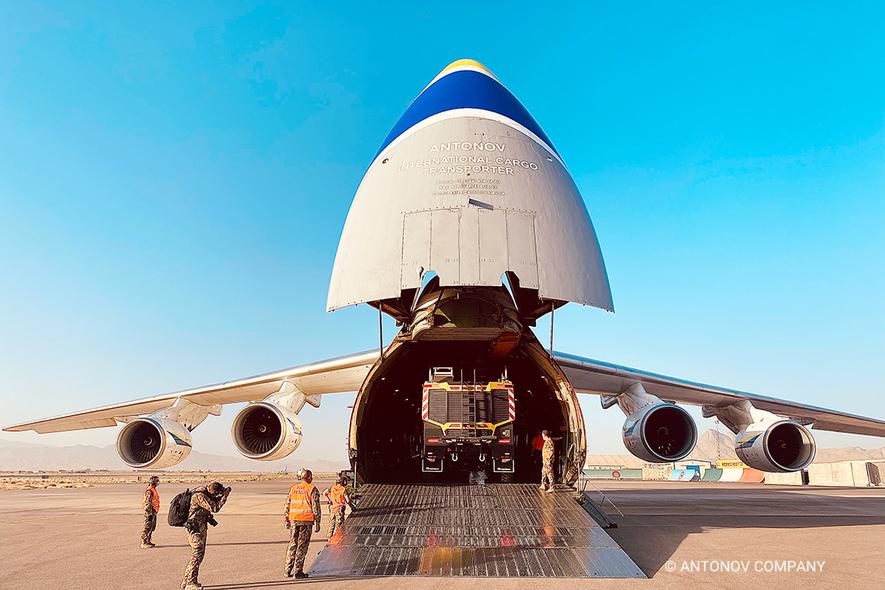 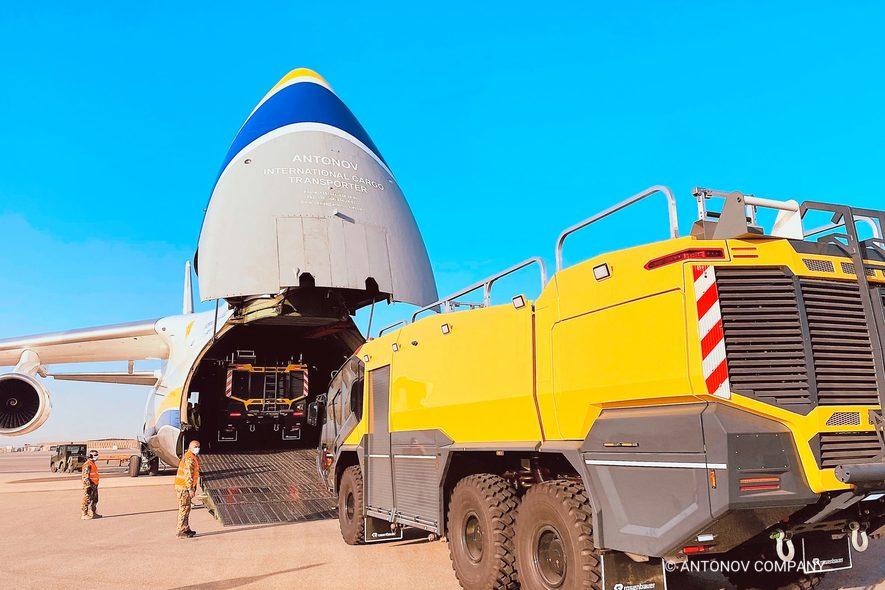 Antonov Airlines team managed to find a solution within a week to get the trucks to Central Asia after a change in circumstances meant short-notice airfreight was the only way to deliver the cargo safely and on time.

“When Rosenbauer came back to us and described the developments that affected the movement of its fire trucks, Antonov Airlines was able to connect this cargo with flight schedules already operating in the region to provide a cost-effective and time-sensitive solution that met Rosenbauer’s demands,” said Ivan Bozhko, Commercial Executive at Antonov Airlines.

Antonov Airlines flew an AN-124-100M-150 aircraft from its home airport in Kyiv, Ukraine to the Middle East to load the fire trucks and transport them to Central Asia.

After arriving at the destination, the fire trucks were unloaded, and cargo for a separate project was loaded, optimising the routing and cargo capacity of the aircraft.

The fire trucks weigh 21 tonnes each for a total payload of 63 tonnes and the length is 12 m each, totalling 36 m for a full Ruslan.

“Once again we had the pleasure of working hand in hand with Antonov Airlines to airlift our fire trucks to an otherwise difficult to reach final destination,” said Philip Karl, Key Account Manager, Rosenbauer International AG.

Recently, Antonov Airlines transported five Black Hawk helicopters from Poland to the Philippines on one of its seven AN-124-100 that have a payload of up to 120 tonnes.