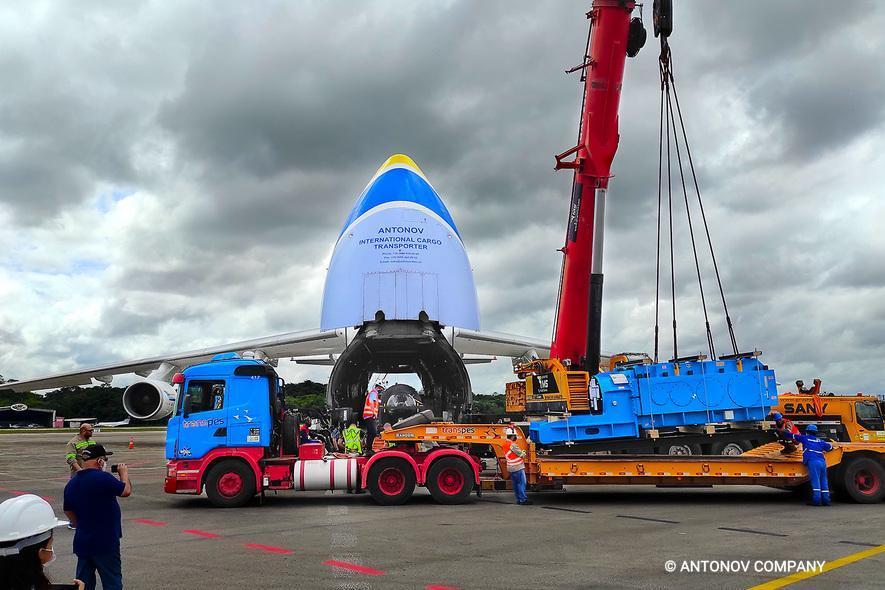 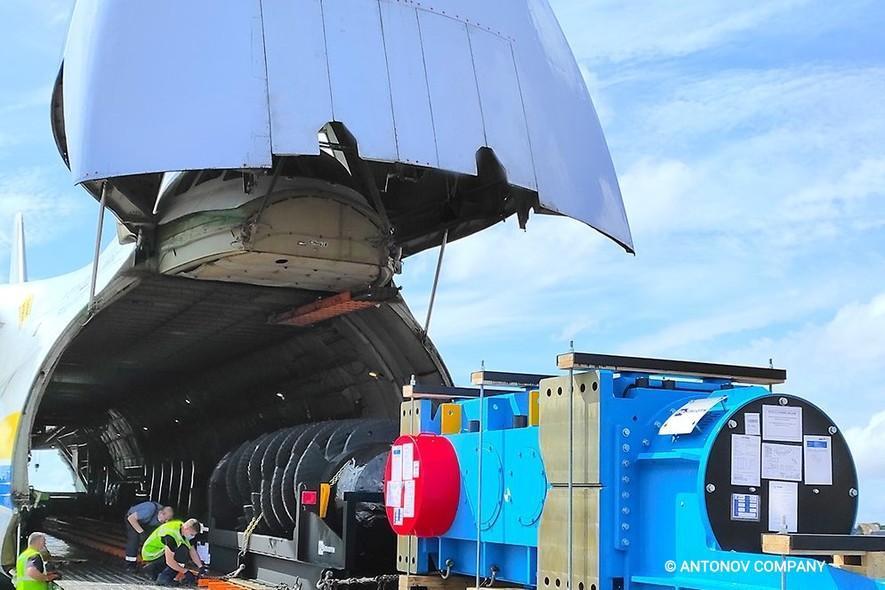 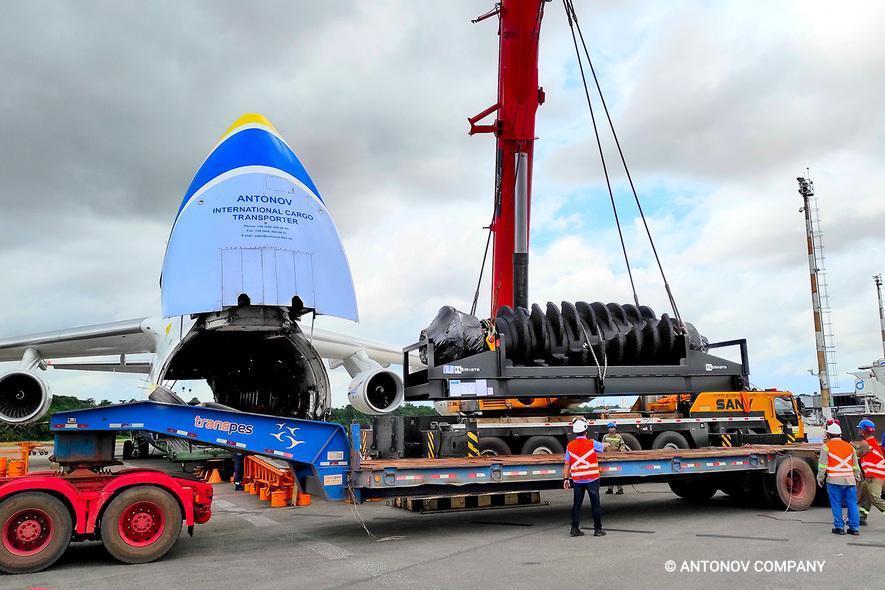 Antonov Airlines has safely moved 370 tonnes of new machinery parts on three AN-124 flights to a mine in Brazil from Australia in time to keep work at the plant going.

Antonov’s loadplanning engineers designed tailored frames to carry two of the pieces of equipment. The cargo was loaded and unloaded using Antonov’s in-house engineering solutions for the oversized project cargoes.

The flights, chartered by Chapman Freeborn, made a number of technical stops because of the total weight of the cargo, as well as COVID-19 restrictions for crew rest at the airports on the route.

Rapid COVID-19 tests were conducted during each 14-hour rest window prior to the next leg of the flight being cleared.

Antonov completed the flights to deadline for the new parts to be delivered in time for the mining machinery to be updated so that the plant could continue to run efficiently and safely.

Cargo included a giant drill shaft and a transport cradle, which was required for upgrading machinery at the final destination with minimal down-time affecting operations.

“The timeline was challenging – initially our flight plan was six days in total, however we needed to change this to nine days after assessing the load," said Chapman Freeborn Cargo Broker, Ana Bocchini.

"In the end it came together with some meticulous planning and by changing some legs of the journey to avoid delays and closed runways."

Volodymyr Goncharov, Commercial Executive at Antonov Airlines said; "This was a challenging project, which we had to complete to a tight deadline.

"Using three AN-124 aircraft to airlift these special project cargoes allowed us to perform the programme of round-the-world flights successfully.

“The flights were a success thanks to well coordinated efforts and good communication between the teams at Antonov Airlines and Chapman Freeborn."