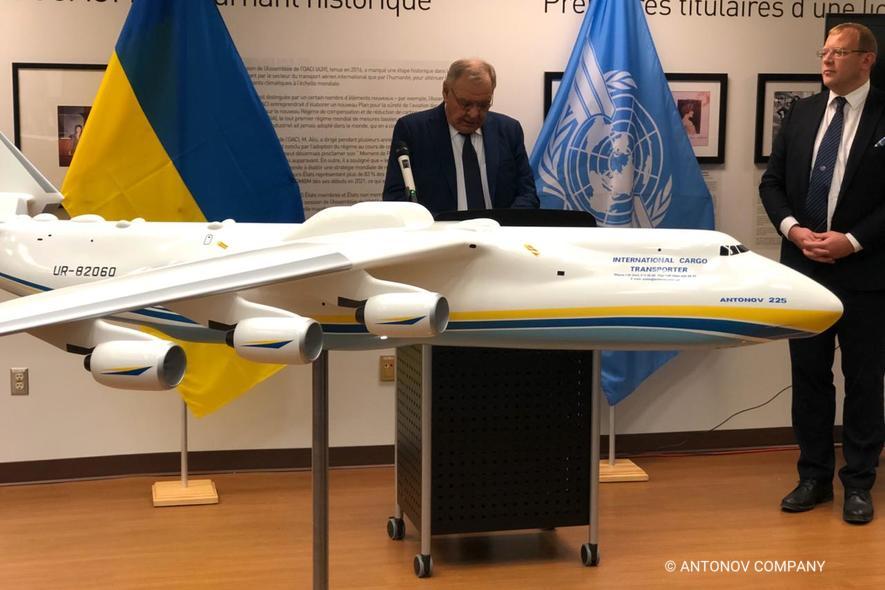 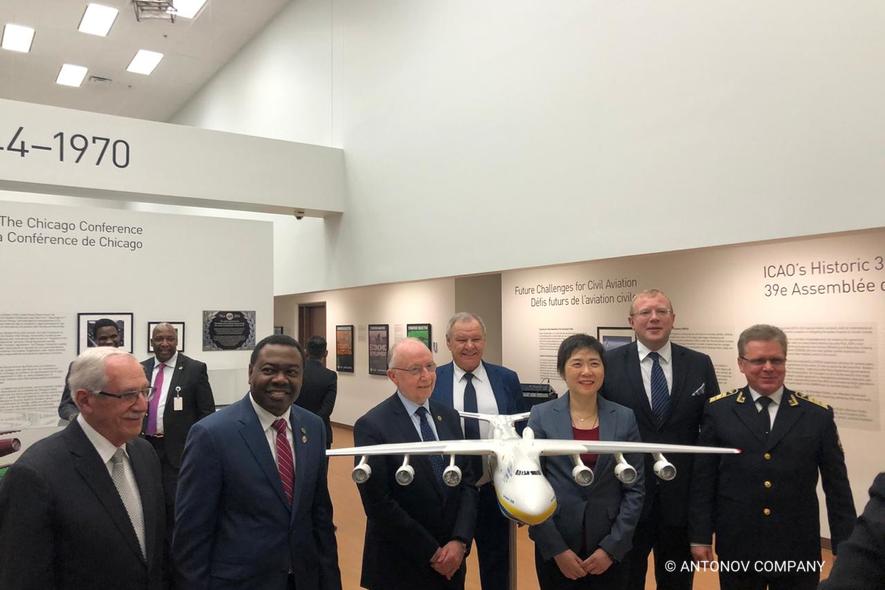 On January 24, 2020, the event devoted to installation of a model of the world biggest transport AN-225 Mriya was held at ICAO’s office in Montreal. This model in scale of 1:50 (wing span of more than 1.7 m) was produced at ANTONOV Company and presented by Ukrainian delegation, including H.E. Andriy Shevchenko, Ambassador Extraordinary and Plenipotentiary of Ukraine to Canada, and Volodymyr Isaenko, Rector of National Aviation University. ANTONOV Company was represented by Mykhailo Kharchenko, director of ANTONOV Company’s air transport subdivision, who was a member of the AN-225 first crew. Nowadays, he is a head of the airlines operating Mriya.

In his speech Mr. Kharchenko noted: «ANTONOV Company is very proud of our close cooperation with ICAO and always have paid great attention to flight safety. One of the proofs of our team`s efforts in this direction is ICAO`s Edward Warner Award granted to our former General Designer Petro Balabuyev. I would like to note, that we are constantly working on our fleet upgrade to provide our airplane`s compliance with ICAO`s requirements. Moreover, we are restructuring our company in accordance with ICAO recommendations. That allows ANTONOV`s giants to continue performing unique transportations worldwide.

We are very proud that starting from today a model of the world-known largest cargo airplane AN-225, which is still unsurpassed achievement of the aviation industry, would be presented at ICAO`s office».

On the same day the ICAO museum was named after Olumuywa Benard Aliu, former President of the Council of ICAO.