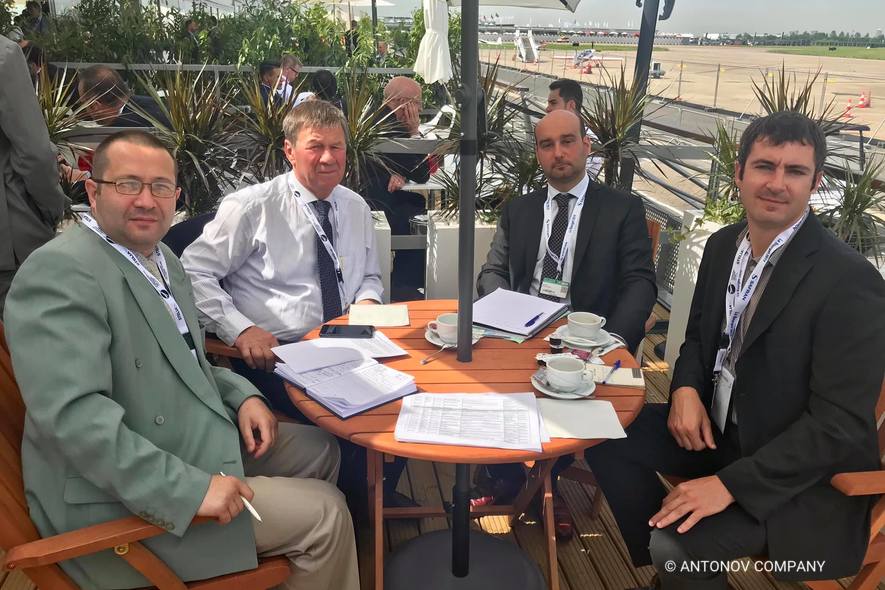 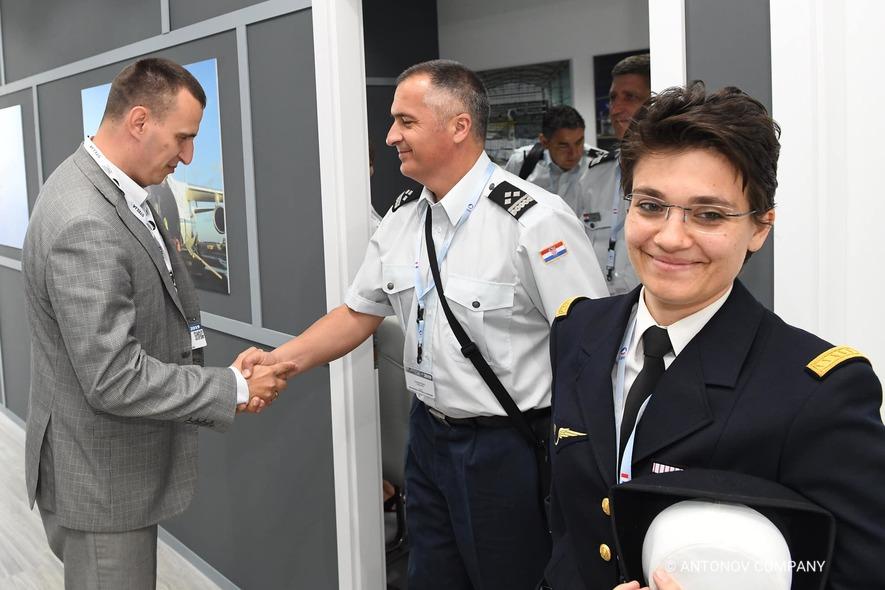 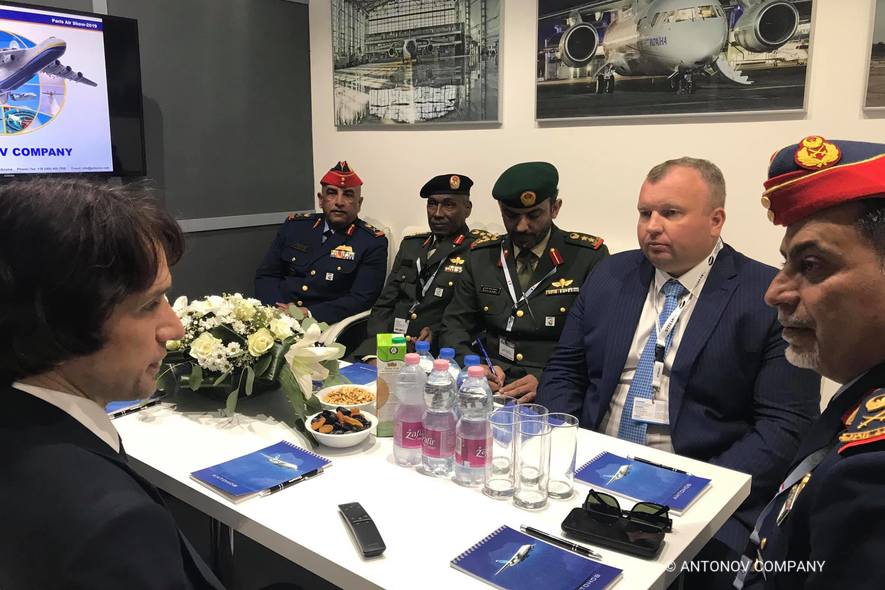 The second day of the Paris Air Show 2019 - the delegation of ANTONOV Company began with official meeting on the development of cooperation on modernization of the air conditioning system for AN-178 and AN-124 aircraft. Besides, the ANTONOV's representatives familiarized with the technologies of using high-precision robotic systems in the process of the AN aircraft assembly.

Representatives of the Croatian Ministry of Defense and Air Force visited ANTONOV's chalet to discuss cooperation on extension of service life and modernization of two AN-32 of Croatian AF.