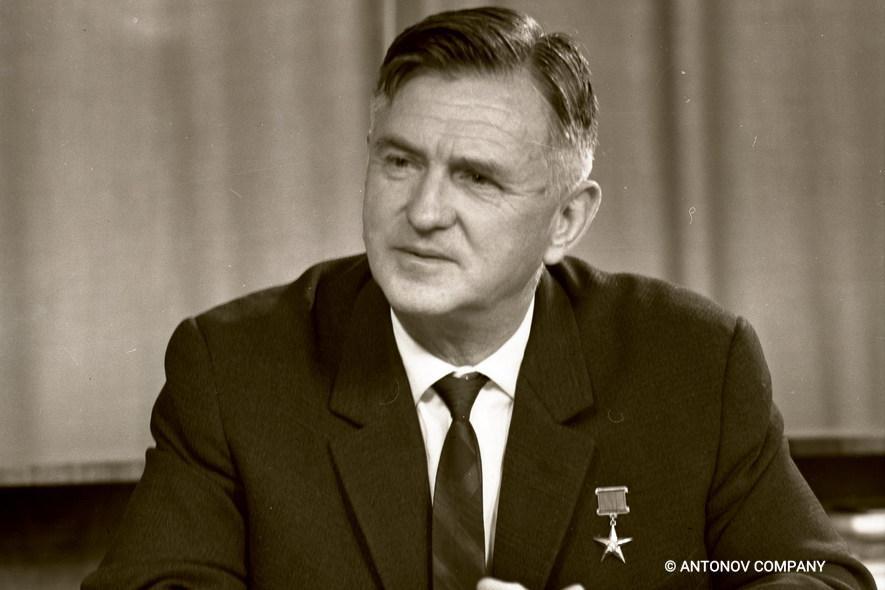 On February 7, 2021, the 115th anniversary since the birthday of the outstanding person, general designer of aircraft, member of the Academy of Science of Ukraine Oleg Antonov is celebrated. This day is particular for those who at least once met Oleg Antonov or joined his famous heritage. «Outstanding aircraft designer», «extraordinary manager», «bright personality», «painter», «writer», «sportsman» – this is not just a list of Antonov’s individual features, but the epithets of amazing diversity that, when combined, produce a rare example of an exceptionally rich life.

However, aviation always remained the most important side of Antonov’s life. He created 52 glider and 22 airplane types including the world’s largest and the heaviest−carrying ones, he dedicated a lot of energy to the development of tens of other aircraft, became the founder of an original school of design, reared a team of worthy aviation specialists, founded the enterprise which is named after him.

Oleg Antonov’s life is a source of rapturous reminiscences, inspiration and uninterrupted aspiration forward, worth example for modern youth and future generations!

Nowadays, ANTONOV Company continues to work, performs a series of important tasks. Construction of AN-178 transports for Armed Forces of Ukraine, development of the programme on replacement of Russian-made vendor items with Western and Ukrainian-made ones, airworthiness support of air fleet of Antonov Airlines are among the top priorities.