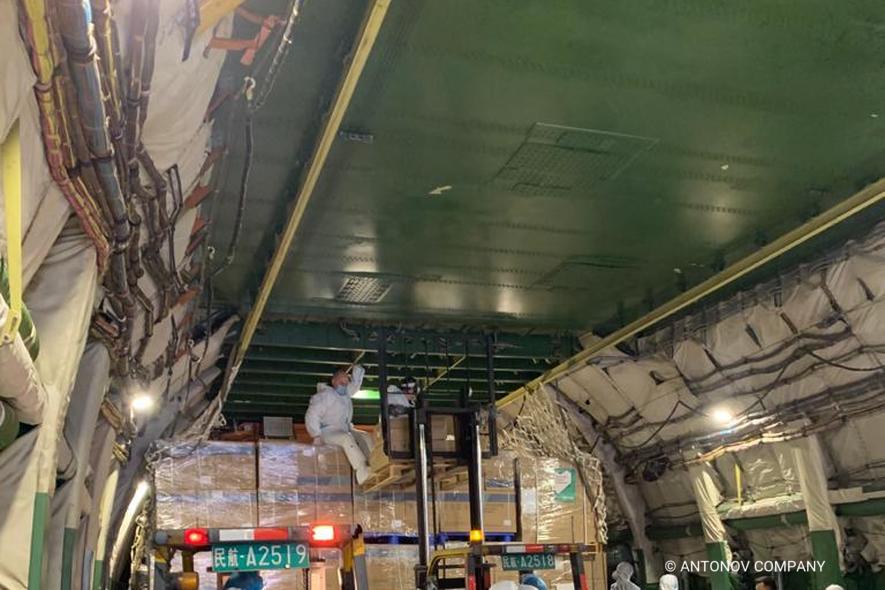 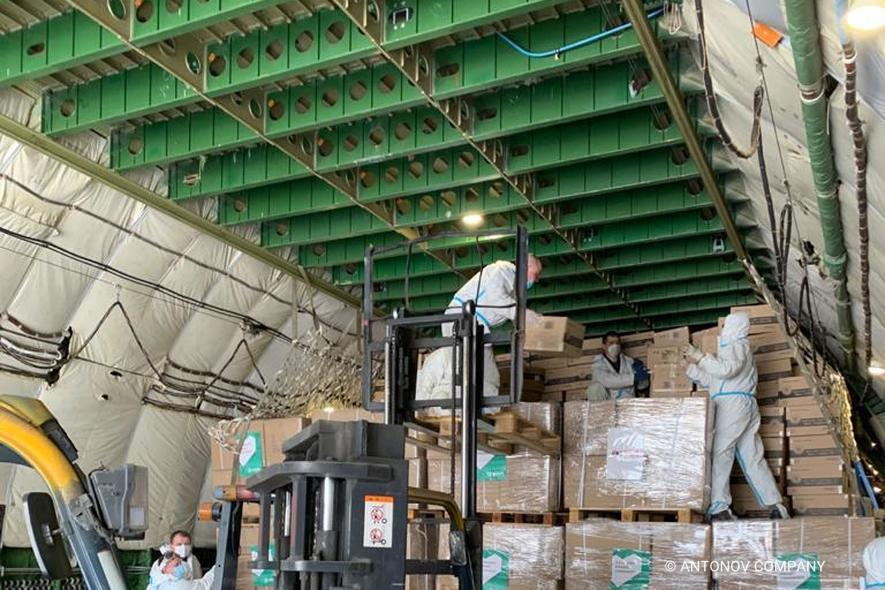 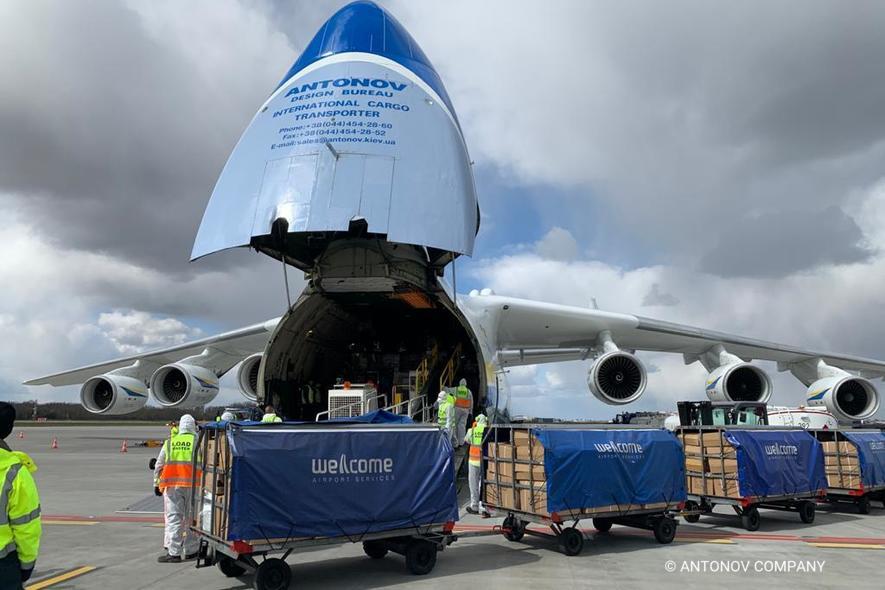 On April 14, 2020, AN-225 carried a cargo of of medical suppliers of a record volume from China to Warsaw, Poland, taking part in fight against the global pandemic of COVID-19. On April 13, the Mriya loaded with about 100 t of medicines, reagents for laboratory tests, medical masks and other protective means with a total volume of about 1000 cubic meters departured from Tiānjīn, China. A cargo of such volume was not carried in aircraft compartment ever before in the history of global aviation. After the loading, the world’s biggest aircraft flew to Warsaw with internal landing at Almaty airport, Kazakhstan, for refueling and the crew rest. This flight ordered by Chapman Freeborn Airchartering Ltd (Great Britain) became the first for the AN-225 after maintenance and modernization performed by ANTONOV Company. The Mriya was fitted with a new power plant control system, LCD devices of the engine control made in Ukraine, new lightning LED equipment with better characteristics of ebergy saving and realibility. In such a way, the AN-225 joined to missions of AN-124-100 Ruslans of Antonov Airlines’s fleet performing charter flights on transportation of humanitarian and medical cargoes necessary to fight the COVID-19. From the end of March till present, Antonov Airlines’ aircraft transported over 1400 t of cargoes from China to different countries of Europe, America and the Near East.

Vitaliy Shost, Senior Deputy Director of Antonov Airlines, said: “Our team is very proud of possibility to contribute and take part in fight againts the global pandemic. Procedures of planning and performing the charter flights under the quarantine conditions, including restrictions for landing and rest of the crew intoduced by many counties need selfless efforts from each employee of the airlines: from commercial and operational specialists working in the office to pilots and technicians being onboard the aircraft. So, I would like to thank to everybody, who takes part in organizatation of the humanitarian missions from China and in particular to those who are involved personally in the AN-225 flight to Warsaw. We are much obliged to our customer Chapman Freeborn for cooperation and possibility to perform such important and necessary mission together”.

Let’s remind, that AN-225 Mriya set over 250 aviation records, in particular, by transportation of monocargo weighting 187.6 t and the absolute record of payload of 253.8 t.